The Ruins of the Great Wall

The Great Wall scatters in the northern region of Shanxi.  They were built as an important military outpost to prevent the nomads from the north from invading China in the south.  During the Waring States (475-221 BC), each kingdom built its own section of the wall until Qin Dynasty, it gets connected as a single  Great Wall.  further constructions and restorations made to the Great Wall were by all the subsequent dynasties that follows til finally its use became obsolete during the Qing Dynasty (1644-1911).  Due to its disuse, its been neglected.  The Wall has fallen by natural erosion and from World War II during the Japanese invasion.  The province of Shanxi is trying to preserve parts that is still relative standing but the project is massive.  We visited the Guangwu section of the Great Wall which showed the part of the wall that has not been recently repaired, revealing how it was originally built. 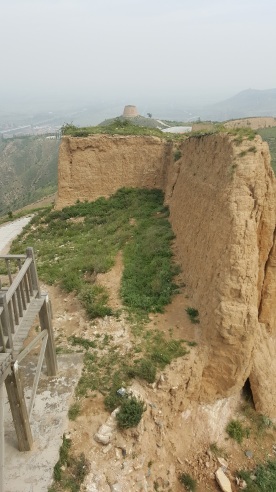 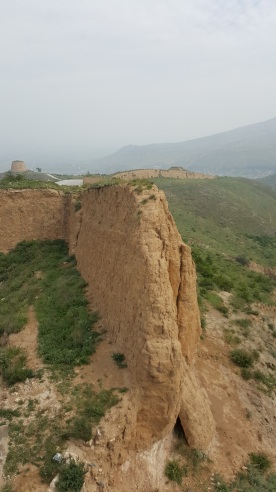 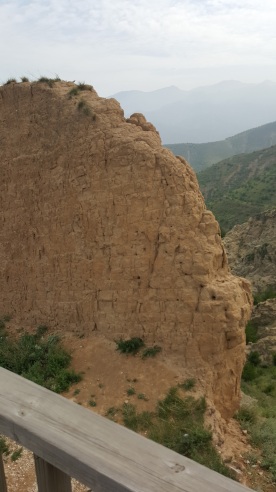 One can see the original building materials of the time.  It does not consist any metals, steels or any cement.  Only the local yellow mud grass and grains for the inner wall which they said were first steamed so it won’t decay or invade by insects.   The it was sealed with outer wall of stone and mud bricks also steamed before applied.  This section of the Great Wall is not far from Yanmenguan (雁門關).  Guangwu section is where the once famous Moon Gate stands but unfortunately it collapsed on the night of  Oct. 3rd, 2016.