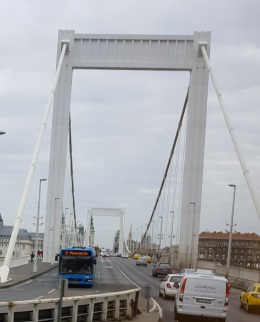 Elizabeth Bridge build by the English 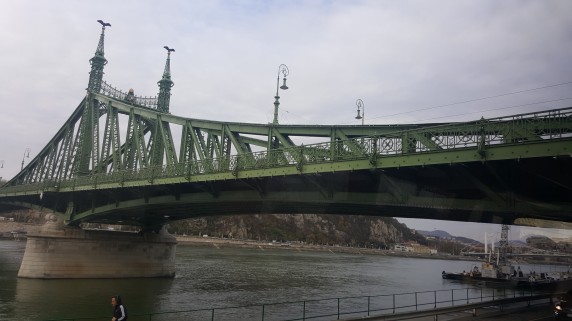 Below is the night scene of the bridges. 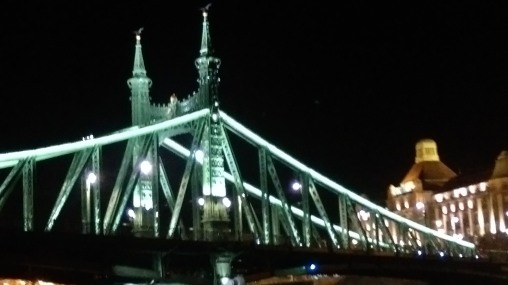 Budapest has 80 geothermal springs and the largest underground thermal water cave system.  This is why there are a lot of public bath houses here.

Being a major city during the Roman Empire as well as the Ottoman Empire and then became the capital of the Austro-Hungarian Empire.  It was the center of cultural exchange since ancient time so one will find a blend of the finest of east and the west.  Especially in its architectural style. 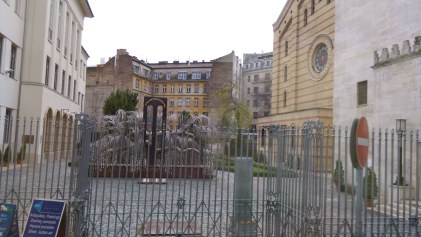 Under the willow are bodies of persecuted Jews by the Nazi 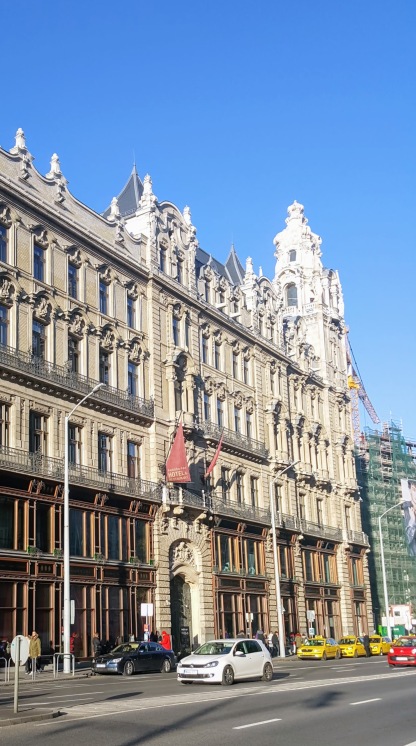 On Castle Hill of the Buda side is named Fisherman’s Bastion, due to the fact that this stretch of the Danube used to be protected by the fishermen’s guild in the Middle Ages.  The terrace on top of the Castle Hill has a panoramic view of the Danube River, Pest part of the city, Margaret Island, and Gellert Hill.

Here is the view from Castle Hill.

The Great Market Hall built in 1896 at Fovam Square near Liberty Bridge.  It is the oldest and largest indoor market in Budapest.

The market leads to Vaci Street, the famous street for pedestrians.  It has a variety of shops and restaurants but walking in a -4 degree Centigrade temperature only resulted in 2 pictures, that was after I had a deliciously warm cup of apple cider.

Budapest is a beautiful city by day, but by night the banks of Danube becomes spectacular.