This confluence of the rivers often causes flooding of the city from time to time and the worst was in 1501 as shown on the building wall. 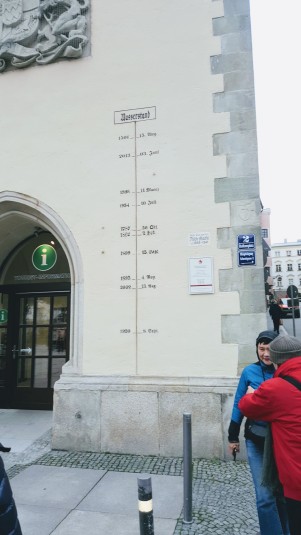 Markings on each flood 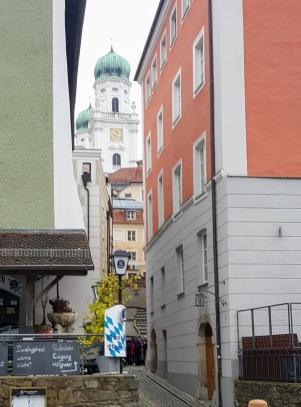 Narrow street and St Stephen’s Cathedral showing in the backgroud 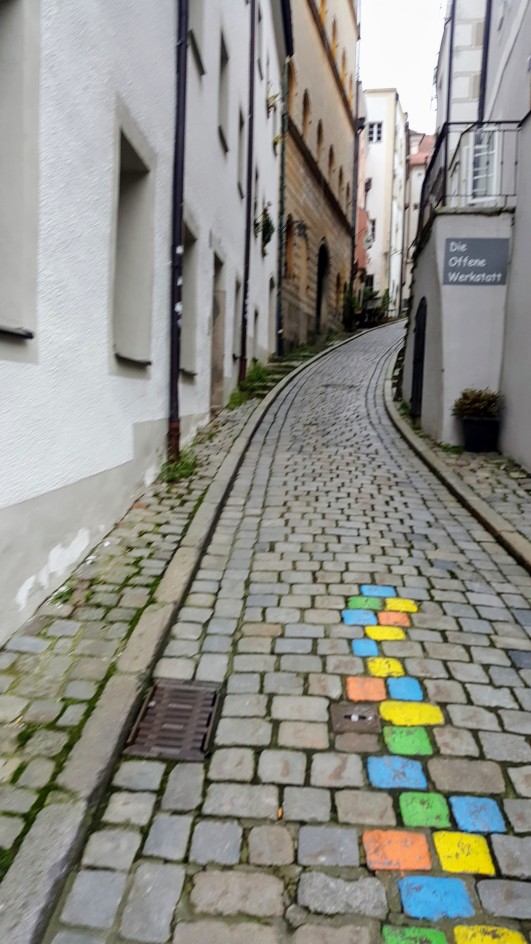 Along the river bank is where the old part of the town sits. It used to be the busy merchant’s market exchange center, now it is mostly occupied by artisans.  Passau was an old Roman colony until it was granted by the Holy Roman Empire to the Prince-Bishop of Passau along with a territory that included the present-day Vienna up to Hungary with its capital in Passau.  The St. Stephen’s Cathedral here was the original mother church of the St Stephen’s Church in Vienna.  The original cathedral was destroyed by fire in the 17th century.  What we see today is the rebuilt of St. Stephen’s Cathedral of the Baroque style.