Amsterdam was a small fishing village in the 12th century that turned into a major port city in the 17th century during the Dutch Golden Age.  Amsterdam has many water canals, not just for easy transport but also because Amsterdam is mostly under sea level.  The canals are the result of the dams and dikes that was built to hold off the flood water from the sea. The well-known windmills were energy source used to pump water back into the sea to keep the land dry.  Having to constantly balance the level of waters, the Dutch has created the modern water management system of today which is continuously updating as the rising sea level of global warming.

Rijksmuseum is the national museum dedicated to the arts and history of Amsterdam.

Other scenes within the museum. 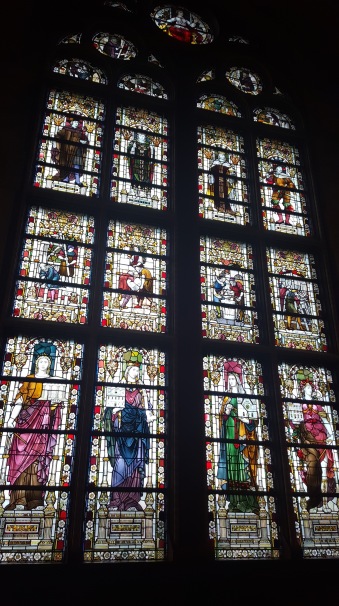 Some interesting paintings on display at the museum.  We can see the progression of paintings from still portraits on the simple life and still objects to intricate brushwork, using white to bring out the lace and fabric; and later paintings showing actions and motions.