Angkor Wat, one of the largest religious monuments in the world.  It occupies an area approximately 402 acres. This temple was built by King Suryavarman II of the Khmer Kingdom in the early 12th century dedicated to the Hindu God Vishnu.  Later, during the reign of King Jayavarman VII, it was transformed into a Buddhist temple.

Another temple in the area of Angkor is Banteay Srei.  This temple was first built in the 10th century by not of the royals but by the king’s counselor a scholar and philanthropist.  The temple used to be in the center of a Khmer village.  Therefore it is of the same size and height as the other Khmer dwellings.  The temple was dedicated to the Hindu God, “Shiva”.

The temple not just suffered from natural erosion but also from looting and pilfering for its beautiful pieces. Attempts were being made to restore with as many of the original pieces as possible and made replicas of many pieces of artworks so that the original may be put in the National Museum for safekeeping.

Note:  In Cambodia, one can survive on fruits.  They are not just healthy and delicious.  They are also pleasing to the eyes. 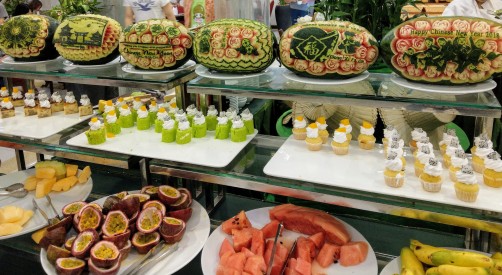 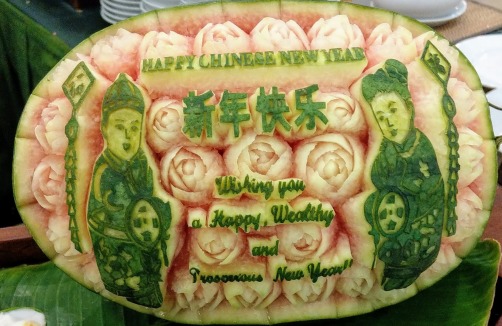 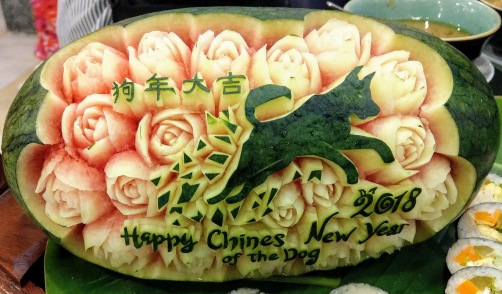 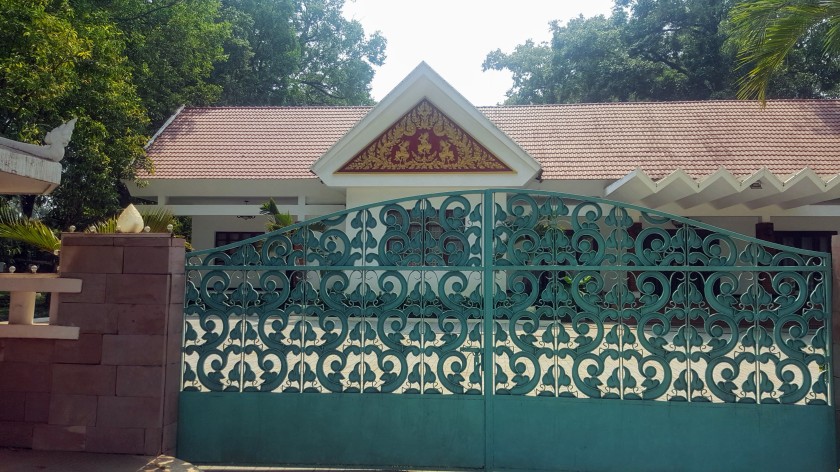 Siem Reap is a resort city of Cambodia, a gateway to Angkor, an important and largest UNESCO archeological site.  Angkor used to be the capital of the Khmer Kingdom during the 9th to 14th century.  The 400 sq. kilometers of Angkor area consists of monuments, temples,  residence, with features of different ancient urban plans, such as water reservoirs, hydraulic structures as basins, dykes, canals, and communication routes,  as well as its architectural and artistic significance, that can attest to an ancient civilization for several centuries unique to Southeast Asia.

Angkor Thom was the last capital of Khmer Kingdom built by King Jayavarman VII in the 12th century.

Bayon, the state temple of Angkor Thom, situated in the center of Angkor Thom.  It was first built by King  Jayavarman VII the first Mahayana Buddhism King, in the 12th century and late 13th century.  Bayon was first built as a Mahayana Buddhism Temple but later it was modified to accommodate Hinduism and Theravada Buddhism.  Most notable are the serene faces on top of all the pointed towers.