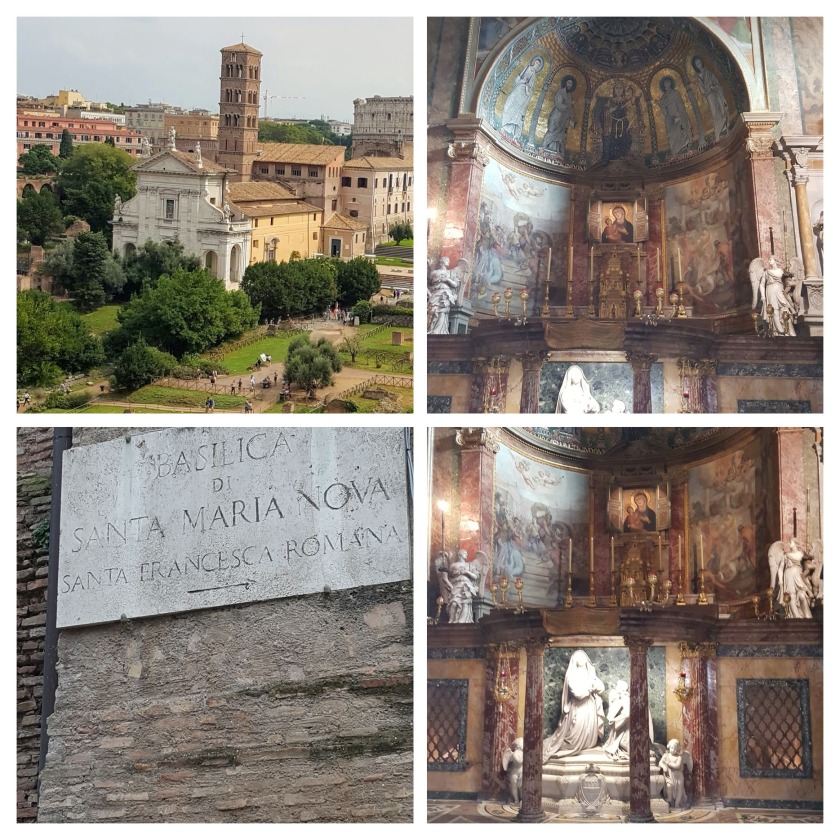 Santa Francesca Romana used to be named Santa Maria Nova as the plaque says when it was built in the late 10th century. An 8th -century oratory excavated from the wing of the Temple of Venus and Roma was incorporated. Later when the bell tower was added in the 13th century, Pope Honorius III built the apse decorated with a mosaic of enthroned Madonna with Saints. In the 16th century ,it was rededicated to Frances of Roma, canonized in