XuanWu Park used to be a royal park where emperors and his entourages hunt and have outings.  At other times it was a training ground for soldiers to enact fighting on the water.  Only after China became a republic that it was open to the public as a park.  It is the largest park with an enclosed lake on the ground in JianSu province.  XuanWu Lake comprises five islands connected by arch bridges.  The park always has many activities  and exhibitions going on and is a must visit attraction all year round. 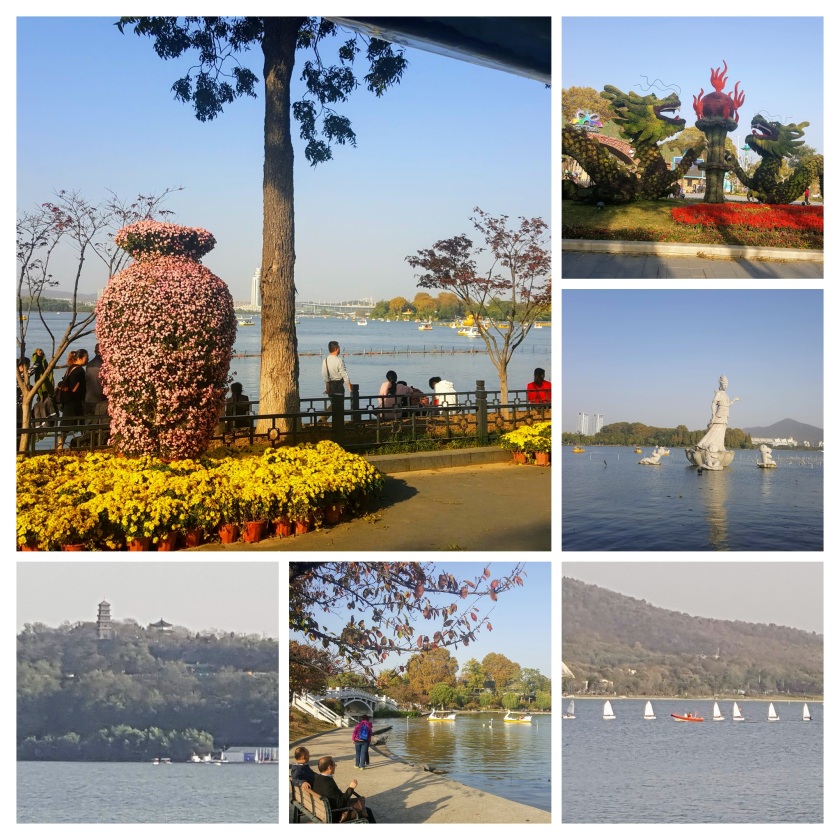 JiMing Temple borders the XuanWu Park on its southeastern side connected to the old Nanjing city wall. It is one of the oldest temple in Nanjing.  The original temple was build in 527 during the Liang Dynasty.  Since then, it was destroyed and reconstructed many times at different periods.  JiMing literal definition means the crowing rooster. Legend has it that there was once a poisonous centipede in the mountain of  JinHua,  embanking XuanWu Lake harming nearby people and animals. The Jade Emperor in heaven send the crowing rooster to control the devious centipede.  Even thou the crowing frightened the centipede, it did not impede its action.  The brave rooster sought to combat the centipede.  After a fierce fight, the centipede died but the rooster was badly poisoned by the centipede died too.  The people named the temple JiMing to commemorate the rooster.