Hofburg, the former imperial palace of the Hapsburgs where they stay mainly in the winter.

The palace had been built slowly adding expansions, such as the Royal Court Chapel, the Imperial Library, the Treasury, Burgtheater, and a Spanish Riding School long with stables and stalls.  Today, it is also the official working office and residence of the President of Austria.

The stables for the Spanish Riding School.

Entrance to the most beautiful library.  It was first constructed by Charles VI, the Holy Roman Emperor in 1722 to house the collection of all the valuable books and manuscripts collected since the Middle Ages.  After the collapse of the Holy Roman Empire.  Under the Hapsburgs the library began to take on a new mission to be the place where information and knowledge could be sought and provided.  It started to accumulate a wider field of the 19 century’s knowledge of science and topography as well as some rare literary works of foreign languages such as papyrus collection.  Its splendor signifies its importance to the Hapsburgs.

On the arches above the columns are frescos about war and peace.  See below. 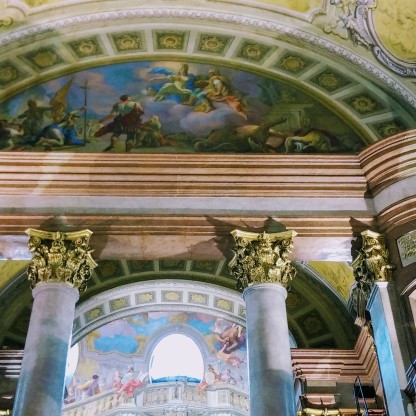 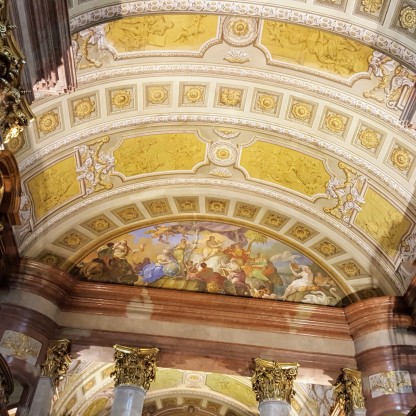 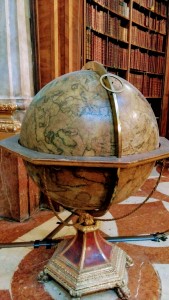 The globe of 18 century

We now know there was a quest for knowledge but look at the Globe, we find that their knowledge then was limited.  So is the theory of a “Just War” which only serve to justify war over peace.  With what we know today,  could there ever be a “Just War” without destroying the only earth we know? 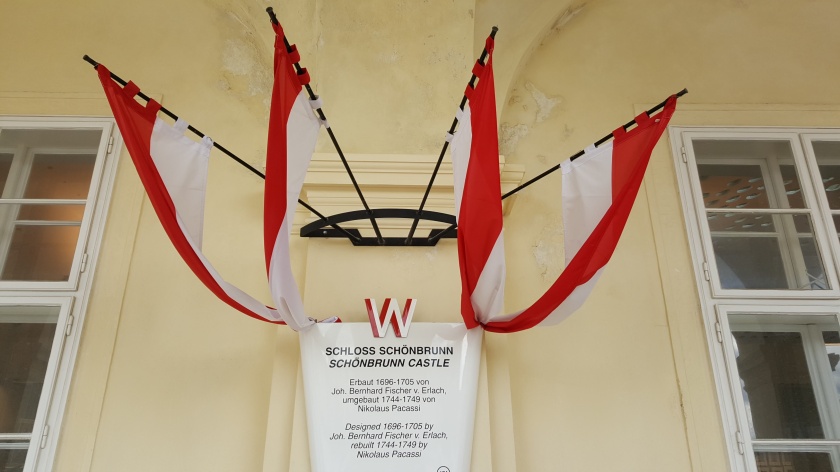 Schonbrunn Palace is a popular attraction of Vienna.  The ground used to be the recreational hunting ground for the emperors of the Roman Empire and its name which means beautiful spring is due to the spring water from the well that quenched the royal thirsts.   The Palace in its present form was built and finished during the Mari Theresa’s reign of the Austria-Hungary Empire.  During the Habsburg’s rule, it was the summer residence of the Habsburg’s royals.  Today, of the palace’s 1441 rooms, only 45 rooms which were the royals’ personal living quarters are being opened for visitors.  The rest of the rooms are rentals.  So if you would like to have a palace for your address, you may want to rent an apartment here. 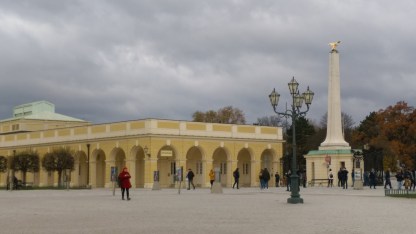 side entrance to the palace

the front from the street

The grounds of Schonbrunn Palace include the once private hunting grounds had been turned into a large beautiful garden by Maria Theresa which contains the oldest zoo, a greenhouse,  Roman Ruin and many fountains and sculptures.  This garden now serves as a park for the public.  The grounds are carefully managed and is a popular venue for filmmaking and live concert performances.